I’m a specially trained entertainer that works in hospitals with sick children. My job is to help them find joy in difficult circumstances. If you know the film ‘Patch Adams’ – that’s what I do, minus the red nose. I’m called a Giggle Doctor and have been doing this for 18 years. I started my training when I was 40 and I was the oldest in the group.

My background has been in performance. I became a professional actor at the age of 18 and was in the film ‘Scrubbers’ with Kathy Burke and Miriam Margolyes. I also appeared in a couple of TV shows including ‘The Gentle Touch’, ‘The Comic Strip’ and ‘Play Bus’.

I’ve worked in London, Rep and Touring theatre all over the UK and Europe. This was my life for 22 years, working from a script and being directed. Then being a Giggle Doctor changed all that. Now I’m constantly improvising. The character that I’ve created Dr Geehee happens to be 11 years old!

When I was a child I wanted to be Doris Day because I loved the film ‘Calamity Jane’. And I also wanted to be Josephine Baker, not because she danced naked with bananas (which I did do once, but without any bananas), but because she adopted children from many nationalities and religions. She gave them a chance to live together as one.

I realised I was born to perform when I was at primary school. I would countdown the days until it was Friday, which was the day we had no reading, writing or maths. We made plays up and sang songs all day. It was show time and I always performed in the show. 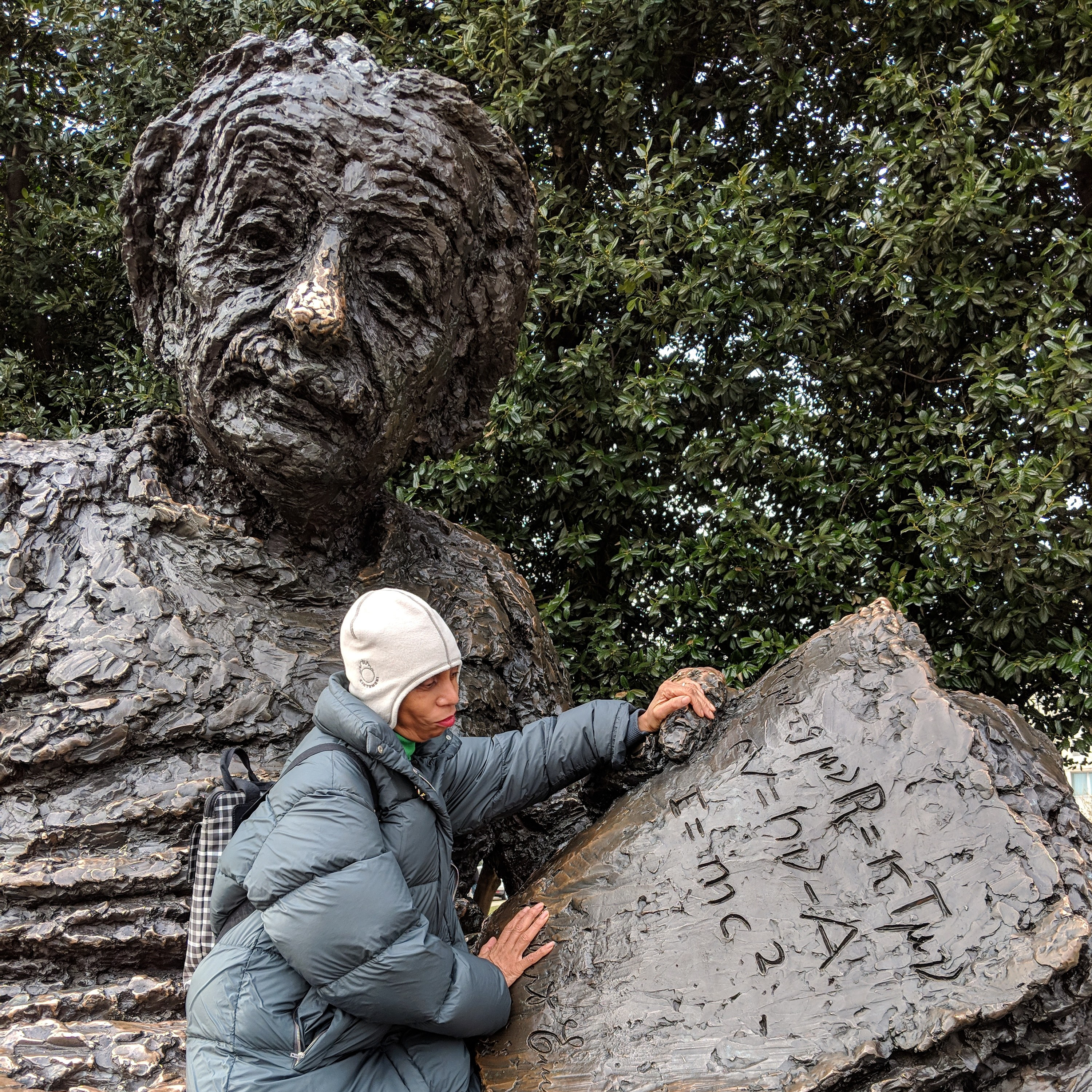 I find inspiration in women such as Maya Angelou and the Buddhist Leader Daisaku Ikeda, who said:

‘to be creative you have to open the door to your own life and every day be willing to create a new life for yourself’.

Courageous people inspired me to be courageous. In my hospital work, I’m constantly inspired by the children and their parents as I need to find new ways to play and improvise. I also attend courses in clowning which keeps me on my toes.

I’m very fortunate as I still love doing my work as a Giggle Doctor and working with sick children. But being an artist at the age of 50+ is a new challenge. As an artist, it’s not just the hot sweats but an uphill challenge of trying to put a piece of theatre work together. Especially when I haven’t worked in that particular field for 18 years.

Everything has changed, I’ve been devising a theatre piece with a Finish clown for 2 years, we have the script and the director, but no money. So I need to find a theatre space that we can use for free as I’m the only one living in England. It was different 20 years ago. You didn’t have to do scratch performances to get booked somewhere or to get some funding. This is my challenge for 2019 – to find space and put our work on.

It’s never too late. You must live your life and have no regrets. In the end, the only person that limits your creative potential is you. Try to encourage someone everyday to not give upon their potential as this also encourages you to never give up on your potential.

The group ‘Sweet Honey in the Rock’ – Voices to cry for!