I was one of those at the cutting edge of the new Physical Theatre and had a rich mix of training including acting, dance, Lecoq and Gaulier, Corporeal Mime, Commedia dell’Arte and Butoh. I created and toured solo shows, often autobiographical. All of which were rare things back in the ‘80s and ‘90s.

I also lead a variety of workshops: Comedy Toolbox, Clown and Dark Clown, The Alchemy of Archetypes and Take it Further. Here people can develop an idea, a character or can just feel free to experiment.

I trained in directing with Mike Alfreds, author of ‘Different Every Night’ and ‘Then What Happens’. I direct and devise theatre, opera, cabaret and circus. I directed and co-wrote ‘Sequins on my Balcony’ for the inspiring Yvette Cowles, directed the award-winning ‘Je Regrette’ for Sarah-Louise Young and ‘A Touch of Mrs Robinson’ for Fiona Coffey. I also worked on Peter Groom’s world-touring show ‘Natural Duty’. Currently directing ‘Famished’ for Lost in Translation Circus. 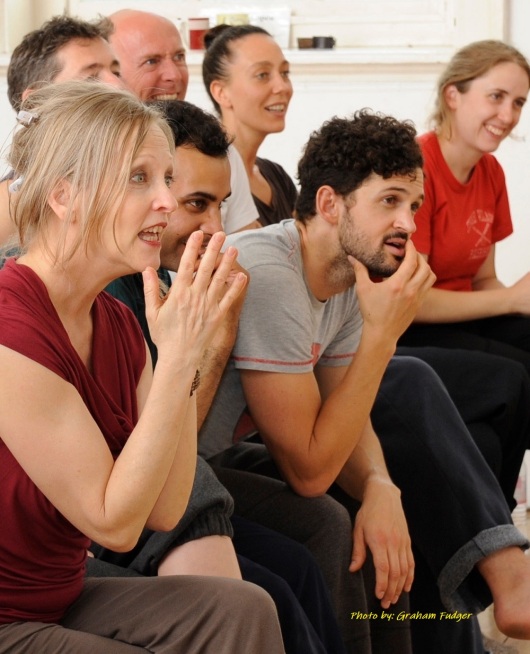 Over the past 30 years, I’ve also become well known for a new clown genre that I have developed – Dark Clown, a challenging and relevant work with application to all kinds of performance. Where Red Nose Clown’s wide range of expression stops, Dark Clown carries on and allows us to witness more marginalised expressions such as pain, anxiety, shame, grief and existential horrors (yes, quite dark). People have an appetite for the work and they find it cathartic.

I can’t remember wanting to be like anyone but I hugely admired Buster Keaton, Groucho Marx, Charlie Chaplin, Red Skelton, Danny Kaye and Victor Borge. (Later on, Phyllis Diller and Joan Rivers).

When I was very young my parents took me to Vaudeville (women in sequins, comedy musical acts) and something about it got into my bloodstream. Later, I devoured Warner Brothers cartoons – the skill of the animators and the musical directors who made these vivid, dynamic, entertaining animations is compelling.

My mother always said ‘study hard and get a job at the University’. I had no thought that I would ever be able to work in the field of performance and laughter-making. But when I did my first theatre workshop at 17, I had a strong feeling that ‘this is home’.

I remember doing a quiz in a Women’s magazine in my adolescence – the result was expressed in grid form, with various professions listed in each box – when I followed the indexes on the two tangents I got my score but the results box was empty. This was fitting – what I wanted to do didn’t exist yet.

After working for almost three years in a ‘proper job’ as advertising copywriter and commercials director (while playing lead roles in a semi-professional theatre by night), I moved to the UK for a year to study and work in theatre. When auditioning, the faintest whisper of Australian accent glimmering through my RP was commented on. For many of the new plays back then, I would have needed a regional accent or, let’s face it, to be properly British.

One day, on the Kings Road, I bumped into a woman I knew from Australia. She said, ‘You’re interested in Mime, aren’t you?’. That seemed a bit random at first but I guessed she might have seen me perform ‘Act Without Words’, which begins with the sole character being ‘flung backwards’ onto the stage. I was intrigued.

I then met two women at Desmond Jones’ School of Mime and we formed Three Women Mime, inventing our own material and our own roles. We subverted or jettisoned the classic ‘everyman’ mime and diversified the form with dance, props, masks, costumes and text. We toured up and down the UK and Europe as well. Once I found I was earning my money doing what I loved, I never looked back.

I was fortunate to receive consistent funding for my work in the early years. However, when the person who booked my tours stopped working for me, to work full-time for a larger company, it was a blow, coinciding as it did with some other life-changing events. My identity felt shaken up. But shakeups can be good.

It’s a huge privilege and joy to have the support to create work but I learned valuable things by having to focus on other ways of working and earning. Restarts provoke a fresh approach. Setbacks grow resilience.

I have often thought it’s an obstacle not to have a business head as big as my creative heart. As I say in my show ‘InVocation’, ‘It is, after all – showbusiness.’ The great Victor Borge had a huge talent for entertainment – and a head for figures to boot!

With my Dark Clown work being a new genre, I am charged with needing to articulate its nature, distinctions and applications – but that is a good thing too because it enlivens and adds muscle to my thinking.

I find inspiration in artists like Paula Rego, Lee Bul, Ragnar Kjartansson, Nicoletta Ceccoli, Benji Reid… I was recently inspired by Hannah Gadsby and Trevor Noah – people investigating and articulating their own voices, people outside the mainstream.

My fellow female actors and artists inspire me with their talent, perseverance, sense of humour, humility, heart and grit. Also artists such as John-Paul Zaccarini, Alexander Luttley and Peter Groom. 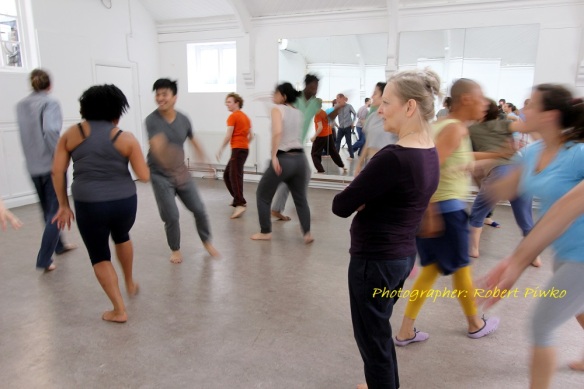 The troubles of the human condition/the world niggle at me. A niggle is in a way an inspiration, a prompt to action. All my shows start from a problem, a dissatisfaction or a quandary – there is richness there.

I have always found an attraction to the outsider and the underdog. Two enduring influences are Edith Piaf and Jean Genet.

For the Dark Clown work – which provides audiences with a special experience of feeling implicated, and gives an opportunity for comic catharsis but without removing any of the existential horror from the suffering depicted (what I call ‘Troubled Laughter’) –  two key inspirations were a scene from Pip Simmonds’ powerful show ‘An Die Music’ and the scene of the Clown double act in Lumiere and Son’s ‘Circus Lumiere’.

I don’t notice problems associated with my age. I notice a lack of funding and ever more arcane application forms with increasing demands for marketing and audience-creation strategies. I notice the inception of locating artistic agency in venue managers and producers rather than artists themselves. I notice lack of time (due to work plus admin admin admin…admin).

A challenge that is not age-related but ongoing – the Dark Clown is, because of its nature, challenging work and because of that, people respond powerfully to it. But it seems in these ‘interesting times’ it becomes an ever more relevant work and it continues to energise me.

No – but I pay attention when I see courage, vision and dedication.

We are all unique and necessary. We need all the colours. But I do like a nice, rich dark red.

You can find out more about Peta Lily on her website, her blog and social media channels – Facebook and Twitter. If you are interested to know more about her Dark Clown work, watch this documentary created by an award-winning filmmaker Robert Golden. 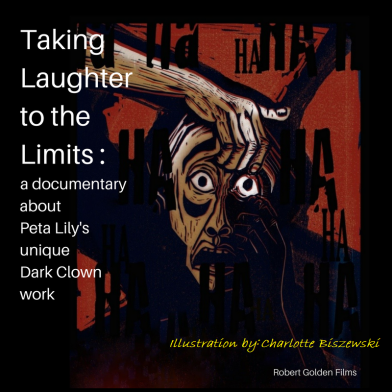